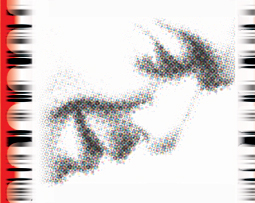 background: a fairly brief and routine email was typed and sent to a friend…whereafter it took on a life of its own,

expanding dramatically beyond the author’s control and then screen page!

the beast is now several miles long and running riot no doubt across the south downs where it was seen heading, still growing…

having left said author for dead,clutching fast to what he had composed prior to being overwhelmed and which he presents below;

hopefully for your discerning time-intensive amusement and perhaps reference…

to read/or hear reactions however damning or underwhelmed would be grand,but no pressure whatsoever-

well a little but it can wait til u are suitably inclined!

hi,i have gone semi-feral thus recommend back of hand being proffered me upon next meeting/greeting,

as if i was a dog or a small wolf.

and no sudden movements please- not until i am used to being around other people again…just in case.

hi just back from a cabbage kicking holiday alone in an eighteenth century broom cupboard,

and acting as if nothing invisible could see me.

it’s been great but, viva life itself! ,other than that i’ve been a bit concerned that the body i inhabit

has been having delusions of being a real person again!

and started leaping into the paths of suffragettes,but only if they asked him to i’d like to think.

i feel like i have been throu hell/but you tell me i haven’t even started yet!”

Arthur Lee/Love,”Your Mind And We Belong Together” @1968

so much at stake,soundtrack to real life gets ever more awesome,even if it’s only damage limitation

so much horror and misery,now and likely to come

had we been a little more clever with our focus…

am not self flagellating just…damn! wish had known in late 90’s what now know now know know noooo000

faecesbookers: please say hello to anyone on planet facebook who remembers me!

some degree of enthusiasm for

yet you may have presumed them dead – or simply auto-filed them under ‘n/a;does not compute’ –

since this all but unspoken social apartheid crept in…

over recent years,apparently,some of us have already

missed out on quite a few social invites/infobytes,

as it’s too much trouble for them to separately text or email or- ‘heaven preserve us,

we’re only human on a few decades of fuse!’  – to telephone…

how did you manage it before??!

facebookers- the cost to you is lost or fading friends,allies,

geezers who’d be keen to piss on you should you heaven forbid ever be arsonised.

well,one carries on in rueful resignation of course (somewhat indifferent bordering on relief in certain cases),

if that is your choice- so be it,fine.but -when by chance you are bumped into,

it gets suggested otherwise…and sometimes most emphatically…

so,are u lying? or are u bourgeois and/or english?! or just overwhelmed?

or- is there some candid home-truth i’d do well to figure out and face by myself,insensitive as i may obliviously be?

it does get wondered when 1 still hasn’t heard from some1 since such a chance encounter way back,

/or voicemails ( ‘please,never do actually answer your phone, i have a heart condition and the shock could be fatal’ )…

alas,ye disciples of ‘timelines’ and clicks to realms i can scarcely imagine,it would seem i may be expendable to you –

and easier to take when not enduring hippy or pseudo-mystic guff about genuine family,ties strong as

or stronger than blood, everlasting unconditional loyalty and such,forever caring,tribal solidarity,cosmic connectedness and effusive declarations of ‘love’ that can prove hollow,shallow and fickle…

no blame,surely -at least not necessarily:

never before in our species’ long journey have we

ever been able/expected to connect and inter-relate with so many individuals,

although we are blessed with only the same fleeting 24 hour days as had our ancient ancestors.

(though to be fair,our lives do tend to longer duration,especially here up the food chain in world 1)

surely,in bygone eras,few of us would have known and interracted with more than just a relative handful of people over one lifetime,locked as it were in our little communities,

distant from each other -even when speeded along on the backs of horses or camels.

apart from going to markets or fayres and tribal gatherings (and,alas,to wars) every so often;

and being visited by itinerant minstrels,players and traders (also,alas,invaders) occasionally…

“there’s too many wonderful people/to have profound connexions with!”

about the truths of our hearts and of social logistics, both with ourselves and others?

to strive to prevail thoughtfully caringly pragmatic, in the clash between time and energy

and the magnificence of the generous inclinations that surge spontaneously from within us regularly.

in order that we are not constantly overstretched.

that potentially hurtful unrealistic expectations can be tempered or nipped in the bud.

(for example,i recall yearning to soothe a friend who told me of her anguish having refused someone’s heartfelt request to have phone contact with her every single day during an unbearable crisis. i encouraged my friend to be consoled somehow by deeply acknowledging that she had been truly loving to say ‘sorry but no’,rather than than to have well-meaningly made a pledge,

in the emotion of a moment, which she realised would be unduly onerous and/or impossible for her to keep –

and thus let down/upset her friend far more than the earnest refusal had.)

pray harken unto me,you who are the people of the book!

please do not forget: we who,for our myriad reasons,

are not, do not wish to be facebook subscribers- there’s still a considerable number of us

and not just babies and characters from the elderly generations,many very young indeed!

as minorities go,we’re quite big,now you wouldn’t want to be perceived as oppressing a minority

…some of us are black too!

…and we can’t see or hear you!

do you realise,you have become a sort of ‘them’?  us,we talk about you sometimes!

you can seem quite mysterious! )

some of us we’re just…a little more shy or circumspect.

or we place greater value on 1 to 1 privacy in friendship and intimacy.

with excessive details of our trivia or idiocy,

cos it feels vulgar like vanity and more than a little embarrassing.

cos we don’t want to become,as we witness many of you,constantly distracted

we don’t necessarily want all our friends to know or know of each other.

we don’t fancy being part of a scene where adults routinely ‘de-friend’ and are ‘de-friended’,

redolent of the worst of petty primary school teacup storms and tantrums.

we don’t want to destroy jobs by putting surveillance agencies out of business(!).

granted easy voyeuristic access to any of our present.

we don’t wish to homogenize everyone we know,all their diverse milieux and ways of life,

into one centralised hub club hub…

any combination of the above…

and a lot of homeless,anyone lacking easy access to a terminal,facebook excludes them too…

there might even be those who have secret liaisons

or esoteric habits they wish to pursue and protect from intrusive busybodies!

!well do feel free to ameliorate the chasm!

you could,say,discourage and act against

the small but increasing amount of internet facilities which,for no good reason,

making it effectively compulsory for some.

i thought i was surrounded by staunch individualists,firmly averse to any form of totalitarianism!

whatever it is you all get up to up there since so much human contact went cyber.

you could – i know it might sound ridiculously old-school – attempt to arrange a bit of quality company with a facebook renegade or refusenik.

this involves both parties arranging to be,for an agreed period of time,

in the very same physical location at exactly the same time,

only a few metres even centimetres apart from each other!

and/or you hear their voice sounding as if it were in the very same room! … (that’s cos it is!)

we knew you when you had faces and bodies!

speaking of which,regarding all -or any (!)- of the people u like and haven’t seen for a while-

how can you be sure it isn’t cos they died? esp. those that live alone (or aren’t in facebook bubble),

you may have already missed the funeral-if there was one.

in gruesome fact,the corpse may not have even been discovered yet…

if it’s crossed your mind that i’m pontificating from somekinda high horse,i can only assure you otherwise-

living’s voracious demands,whilst aspiring to be truly loving,to honour – despite my numerous flaws.

and inadequacies. – the generosities of body and spirit lavished on me o’er decades by

blood relations, by so many acquaintances, by friends close,closer and far (all of them once strangers)

and by complete strangers (who remained so,were for whatever reasons, brief cameos)

and without all of whom i would be chronically desperate and,

how easy is it to lose perspective how,for so long over millennia,

before the dawn of all the modern communicative thingummijigs,hasn’t it been a long road?!

– from upping the volume on a grunt to smoke signals and drumming,

through lighting high beacons and training carrier pigeons,diggeridoos to radios

and telegrams and tweets, messages in bottles on ocean surf to

deep probes pulsing into other galaxies…

“if u haven’t seen someone for a while,u want to hook up and/or are simply concerned

all u have to do is just stroll over the village green or trek up the hillside to their door and knock,

…how much more challenging is it to be our brother’s and sister’s keepers nowadays?

let alone with the plethora of pressures placed upon our exceedingly finite time,

and on some even more than others -as with financial income ,huge differences between people.

and is selling themself short if not having and enjoying.

and images of suffering from all over the globe

as well as our own environments,”compassion fatigue”,

both emasculating and defeminising our natural instinctive proactive compassion

to act in contravention…

is any of this making anyone feel defensive? offensive?!

love – the love doesn’t have to be pure, just so long as it’s applied…

unpleasant prophecies are to be opposed and trumped of course,

not fatalistically dreaded and surrendered to.

so i’m working,fiercely as health issues allow,sometimes putting in more